Well, it’s that time of the year again.

Christmas, yes… sure. But if you are a hardcore cricket fan, you would know exactly what I am talking about. It’s the Indian Premier League (IPL) Auctions. *cries*

For a change, the auctions will be held in the city of joy – Kolkata, this time. Only time will tell whether all the 8 franchises will go home happy or not, though. With a total of 332 cricketers going under the hammer later today, the VIVO IPL 2020 Player Auction list has been released. While 997 players had registered initially, the final list was pruned after their shortlist of players was submitted by the eight franchises.

The ideas expressed in this article are just my personal opinions and may not match with some. I will be providing more or less all the details you would need to know before watching the auctions. In a tangent from the previous editions, this time around there were quite a few pre-auction trades.

Here’s the complete list of player trades ahead of the auction:

Each team can comprise of a maximum of 25 players, of which, upto 8 can be foreign players. All these purchases have to be made within a budget of Rs 85 crore. The team management along with the captains make plans and try to outsmart the other franchisees with new strategies. Months of hard work and planning boils down to this final day which more or less decides the fate of the team in the upcoming edition of IPL.

The teams were given the choice of retaining as many players this time since it wasn’t the Mega Auction (where they are allowed to retain only 5 players).

So let’s go through each team’s current squad and what they might look for in the upcoming auctions.

The defending champions have retained majority of their last season’s winning combination. They released 10 players of which 6 are foreign players. MI fans following the on-going bilateral series between India and West Indies might feel that the team made a mistake by releasing Evin Lewis who is in great touch especially in Indian conditions.

With the likes of Bumrah, Malinga, Boult, McClenaghan and Kulkarni, the current MI squad has by far the best pace attack in the competition.

MI have 13.05 cr remaining and only 7 slots to fill, of which only 2 can be foreign players. The squad is more or less set for the season. MI would just be going into the auction with a mindset of getting backups for certain players. They might go for the Afghan Mohammad Shahzad as a backup for Quinton de Kock and maybe one or two uncapped Indian players like Yashasvi Jaiswal and Rohan Kadam. 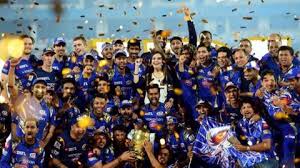 Much like the Mumbai Indians, the Chennai Super Kings too don’t like messing around with their winning combinations. They have released a total of 6 players including 3 foreign players.

The team has a solid batting line up on papers. This is one team which relies more on experience. They have a pretty strong spin attack but lack quality pace options especially in the death. CSK have 14.60 cr remaining and only 5 slots to fill, of which 2 can be foreign players. Keeping the on-going series in mind, they would surely go for Sheldon Cottrell, who bowled really well in the first ODI which was played at Chennai (also the home ground for CSK). Andrew Tye and Mustafizur Rahman would be good options too. They might want to go for a back-up opener and wicketkeeper too. Mohammad Shahzad and Naman Ojha could be considered. 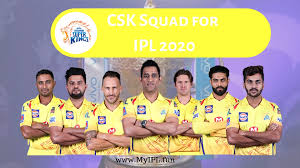 The KXIP team traded off their skipper for Krishnappa Gowtham in the pre-auction trading window. They also got the likes of Jagadeesha Suchith from the Delhi Capitals. They have released a total of 7 players including 4 foreign players.

KXIP is the team which is going into the auction with the maximum purse. They have 42.70 cr remaining and 9 slots to fill, of which  4 can be overseas. First things first, they need a captain. From the available auction pool I would probably go for Aaron Finch or Eoin Morgan. Both have led their respective nations in the T20 format and have enough experience. KXIP have a decent spin attack with the recent trade in as well as Mujeeb ur Rahman and Murugan Ashwin. They lack the quality in pace department. Players like Chris Morris and Ben Cutting might be on their wish list as they provide pace option as well as power hitting in the middle order. Along with CSK, KXIP might also go for Sheldon Cottrell. 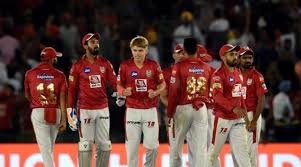 The team which would be hoping to fulfill their fans’ never-ending dream of #EeSaalaCupNamde (This Year the Cup Is Ours). They have released a total of 12 players. Looking to give a new look to their team, they will be hoping to get some players who would take the pressure off Virat and ABD. The team management would be kicking themselves on releasing Shimron Hetmeyer only after one season and would be looking forward to getting him back into Red & Black.  If there was any team which would be almost sure of losing a match even after scoring 190+ in the first innings, it was RCB. They have had nightmares when it came to their bowling department. With 27.90 cr remaining and 12 slots to fill, the management will have their work cut off.

They would be looking to get the local boy Robin Uthappa back. Someone in the middle order, like a Maxwell or a Miller would be great considering RCB’s home-ground is Chinnaswamy Stadium which has very small boundaries. Chris Lynn to open the innings might be great. Andrew Tye, Mustafizur Rahman, Pat Cummins, Jaydev Unadkat, Priyam Garg and Deepak Hooda would be on their list in the bowling department. 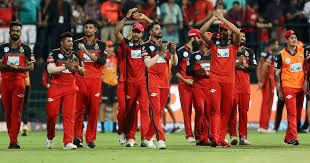 The team which believes in nurturing young talent has gone with the same approach once again.

Going in with a purse of 28.90 cr and 11 slots to fill, they will be one of the most active at the auction table. Jason Roy to open the alongside compatriot Jos Buttler would be perfect. Ben Cutting could be an important buy considering the all-round package he comes with. They might look to get some Indian uncapped players like Arun Karthick, Manjot Kalra and Ishan Porel. Robin Uthappa and Yusuf Pathan might give a solid middle order. They might go for Alex Carey as a back-up wicket keeper too. 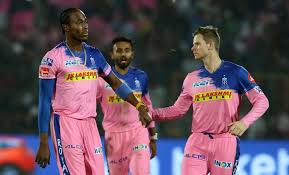 Another team which went all out while releasing their players was DC. They released a total of 9 players including 3 overseas. They strengthened their Indian experience with the inclusion of Ravichandran Ashwin and Ajinkya Rahane in the trading window.

Going in with a purse of 27.85 cr and 11 slots to fill, DC team management would be looking to get as many as overseas players as possible. With the recent trade-in, they have a very strong Indian core. David Miller, Kane Richardson, Matt Henry and Tom Curran would be ideal to fit in those slots along with the likes of some Indian uncapped players.

Going in with the motto, Korbo Lorbo Jeetbo, they will be looking to win the first key battle, which is the auctions.

They let go a lot of their key players like Robin Uthappa, Piyush Chawla, Chris Lynn and Carlos Brathwaite. A total of 11 KKR players were released ahead of the IPL 2020 auctions.

They have 11 slots to fill and a heavy purse of 35.65 cr to do so. Like RCB, KKR was also dependent on couple of players like Andre Russell, Dinesh Karthik and Sunil Narine to win them the matches. Someone more composed is needed in the middle order along with experience. Eoin Morgan might be the man. They should be looking to get Chris Lynn and Robin Uthappa back though. Adam Zampa might come in place of Piyush Chawla. Some more Indian players they might look for would be Barinder Sran, Mihir Hirwani, Ravi Bishnoi and Hanuma Vihari. Other overseas players they might be keen on are Jason Roy, Pat Cummins and Glenn Maxwell.

Last but not the least are the 2016 IPL winners SRH. The team to have released the least number of players (5), including 2 overseas players are going into the auction with 17 cr remaining and at most 7 slots to fill.

The players released by SRH were all batsmen. Hence they would be looking to strengthen their batting line up. They can get only 2 overseas players in the remaining 7 slots. Middle order batsmen SRH might be interested would include Hanuma Vihari, Glenn Maxwell, David Miller, Varun Chakravarthy (All-rounder), Manoj Tiwary, Shivam Chauhan and Carlos Brathwaite.

Not a lot of changes needed to this side but few back-ups in the squad are always handy. 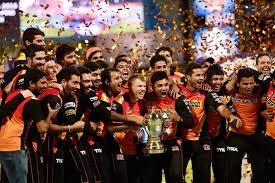 So that’s all I got for this edition. Hope all the teams get the players they are looking for and we have 8 equally balanced sides, which would give us an entertaining IPL 2020 to look forward to.

Previous ArticleSurviving in a world without Breaking Bad.Next ArticleFastags : A Carefree Highway Experience Via E-Toll Collection

Mystery of the Midnight Macabre Hollers

The Hidden Treasures of Manipal

Things I wish I knew before coming to Manipal

My Story and My struggle – Growing through the Dyslexia of Society

Manipal – A Small Town with a Big Heart